Les Paul TV previously owned by Eric Stewart of 10CC and Mick Ralphs of Bad Company.
The Les Paul Junior was introduced in 1954 with a dark brown-over yellow lacquer giving intense shading on this entry/student model guitar. Les Paul and Mary Ford were extremely popular stars of the day and had their own TV show between 1954 and 1958 and even featured in TV commercials said to be shown up to five times a day, which in those days was massive TV exposure.
Apparently the TV model was a sales idea to launch the guitar and a brilliant yellow finish was so the guitar would show up more effectively on black and white television sets! The colour was known as ‘limed mahogany’. In late 1958 a double cutaway was introduced to give easy access to the frets above the 17th. A dark cherry red finish was now the chosen colour for the Junior models and soon after, a two pick-up special model appeared. The TV model now had a brighter yellow version of the earlier limed mahogany guitar. However, because of the difficulty producing the brighter yellow, some models varied in colour from creamy beige to a pale milky yellow. Sometimes this is due to the colour variants of the base mahogany and in other instances, depending upon where the guitar has been stored, it can be caused by exposure to ultra violet light.
The guitar sits in a Challenge #115 alligator soft shell brown case near a bright light from a nearby window. It was a sight to behold with its intense yellow finish: as you would expect of guitar that’s been around since 1959 it is not too shiny. The checking in the finish is evident as the fine cracks in the lacquer completely cover the guitar. The weight of the guitar is 7.30lbs. Inside the case is a fine selection of additional parts including Grover USA machine heads, Kluson Deluxe machine heads. (For full review see Guitar and Bass magazine Vol 26 no 03 Dec 2014) 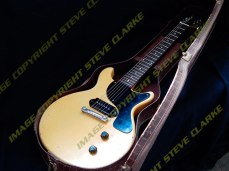 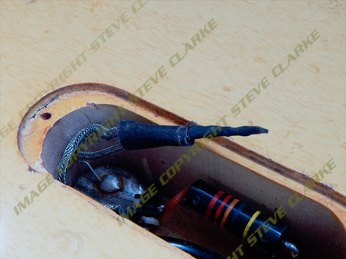 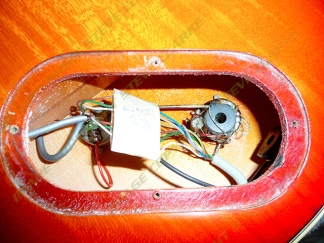 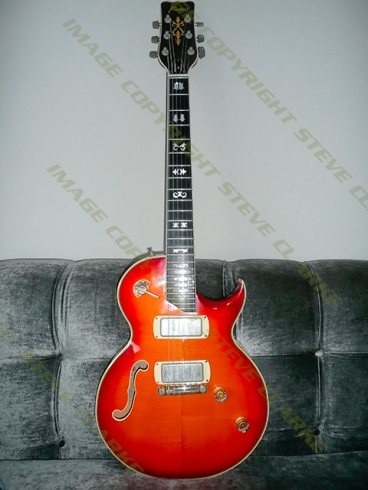 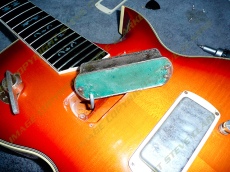 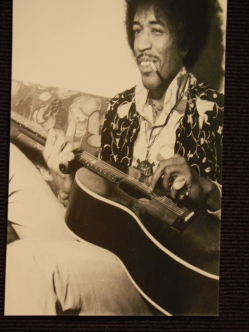 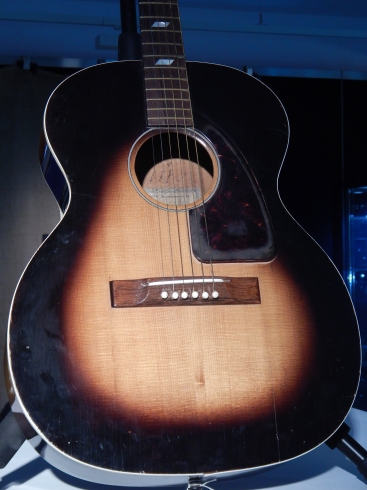