Steve has been a professional musician for over 40 years.  His career began (as many do!) when he joined a band playing covers and traveling the length and breadth of the UK doing the usual social club circuits.  As an accomplished lead guitarist he joined Taxi in 1978 and the band toured Europe doing gigs in their own right and as support to bands such as Smokie.  Taxi had four albums released on EMI Electrola and had a fan club with 55,000 members. When Taxi split he joined a Manchester based punk band The Drones.

The Drones recorded and toured mostly in the UK. the drones It was in this band that Steve honed his skills for songwriting and with the bands singer Mike (Drone) Howells he wrote and recorded many tracks, some of which can be found on the album ‘Tapes from the Attic’.  It was whilst in the Drones and working closely with the bands producer Steve James (son of Carry on Syd) that Steve developed an interest in production.  In 1984 Steve joined a band based in London called The Park and for three years gigged in the UK and Europe and also wrote and recorded more tracks at London’s Yard studios.

As so often is the story, tired of schlepping up and down the UK in vans Steve started to concentrate on writing and recording with his close friend, the late Paul Roberts of Drone Studio, Manchester (no connection to the band???) and they together they wrote some of the music Steve is most proud of.  https://www.youtube.com/watch?feature=player_detailpage&v=7fz5ESf5OKo#t=3  Recording at Drone studio together, usually after a paid jingle session had finished Steve and Paul would invite other local musicians to stay behind and play on their album.  During these impromptu sessions Steve would record with people like Ged Lynch (drums – Black Grape), Diane Charlemagne (vocals – Urban Cookie Collective and Moby), https://www.youtube.com/watch?v=Kt91rG311OM&list=RDKt91rG311OM  Kermit (Ruthless Rap Assassins: Steve played guitar http://www.youtube.com/watch?v=hX7PzexPEJA and bass http://www.youtube.com/watch?v=EgErcwUbOUA on their Killers album).  Steve and Paul also collaborated with Greg Wilson on this techno/acid remix of the Jefferson Airplane classic White Rabbit: Steve played the acoustic and electric guitars on this track www.youtube.com/watch?v=y9J6-M5uVqE

In the mid nineties Steve wrote and recorded with a man who, in Steve’s opinion is one of the most talented and inventive bass players he has had the privilege to work with: Terry Grady (Bass player from the Drones).  They too wrote and recorded music that Steve is incredibly proud of. WARNING: This video contains graphic images of war and casualties  http://www.youtube.com/watch?v=ugZ7vb9CBzs

In other random events Steve played guitars on the original 12″ version of the Time Warp by Damian  http://www.youtube.com/watch?v=29LIN1yRvXg and he played in various formations of George Borowski’s Fabulous Wonderfuls. Steve also sang and played 20th Century Boy with Billy Idol one afternoon in a warehouse in London and some years later played guitars on a remix of 20th Century Boy for Mickey Finn’s T.Rex.  https://www.youtube.com/watch?v=YCbYc1TEksY

He engineered for an afternoon on a Smiths session when they recorded ‘The Boy with a Thorn in his side’.  He sang on an album by rock band Witchfynd. https://www.youtube.com/watch?v=X_Osi_fcWJE   He was guitar tech for Dave Stewart of the Eurythmics at the Manchester Royal Exchange Theatre for the premier of Ghost.  He was a contributor to the Channel 4 documentaries Dandy in the Underworld and Marc Bolan The Final Word.  Steve also co-wrote a dance track Burn and Shiver with Helen White (Charlie) which sold over 300,000 copies in Spain alone and has been remixed countless times.  This Gravity mix is the original and by far the best (aren’t they always!) and is the creation of Steve’s good friend and tech genius Jonathan Colling of Octagon Music. .http://www.youtube.com/watch?v=E-idixRYKAo.

Throughout all of this time (and even more so in later years) Steve has been a guitar tech with a secret penchant for physics so when it comes to understanding how low an action can go, or why certain guitar set ups respond differently due to different gauge strings Steve’s your man.  As well as reviewing guitars for Guitar and Bass magazine, Steve repairs for a vast array of customers who contact him via Gibson Music Ashton Under Lyne http://www.gibsonsmusic.co.uk/  and Dawsons Music Manchester and Huddersfield.  http://www.dawsons.co.uk/stores/music-shop-manchester 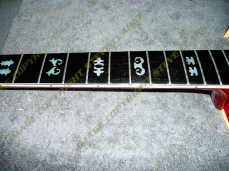 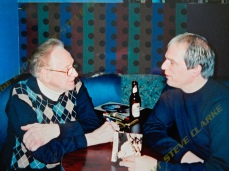 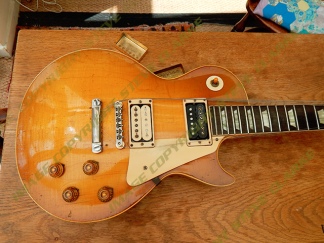